My shingle in cyberspace since 1999
About Site 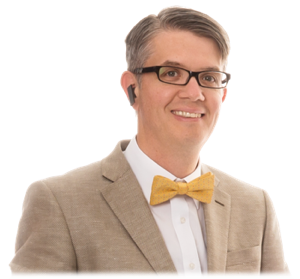 This website and associated infrastructure are hosted out of my home in Provo, Utah. If you need help navigating the site, see the sitemap. Over the years since 1999, I have used every available “high speed” home networking option including ISDN, DSL, and Cable from my local phone company and cable company. They were all terrible!

Provo is a visionary city that invested in their own Fiber Network called iProvo. Like our low cost municipal power in the city, the plan was to sell directly to the citizens as an Internet provider. Unfortunately, the special interest politicians and lobbyists got involved and blocked Provo from doing this without having commercial vendors as a middleman to the end-customer. None of the string of providers were able to stay financially solvent and it became a big black eye for the city with a big bond looming over the heads of the city fathers.

Gratefully, our business-savy Mayor Curtis was able to turn lemons into lemonade with the assistance of industry heavyweight Google. I am now on Gigabit Fiber from Google like most of the city. We are so lucky to be one of the few cities in the nation to have Google Fiber. Thanks Google for leading the way getting Provo out of the telecommunications dark-ages where other providers have lacked the vision!

So why do I self-host this website when there are so many easy ways to host a website on the Internet today? The answer is because it helps me stay up-to-date. I use it as a laboratory to experiment with some of the latest Internet technologies. Today, the website is hosted on a snappy little i5 Intel NUC running the latest Ubuntu Linux 15.10 sitting all by itself in my DMZ. The site is available via both standard HTTP protocol and the encrypted HTTPS protocol. I use the free StartSSL certificate authority. I also use the Webinator Search Engine.

My time doesn’t allow me to hand-code HTML like in the past so my go-to editor is RapidWeaver 6. The site is based on the Strata theme from Nick Cates Design. Strata makes it so the website is fully responsive to support phones, tablets, and Desktop browsers. I also use Pixelmator to create and edit any bitmap images and Affinity Designer to create and edit any vector images. These two graphics tools are so much easier to use than Adobe Photoshop and Illustrator, they don’t require a subscription, and they cost much less.